One of the first peripherals for USB 3.2 Gen 2x2 designed by WD. Will there be new challenges in the area of ​​data recovery from SSD ? 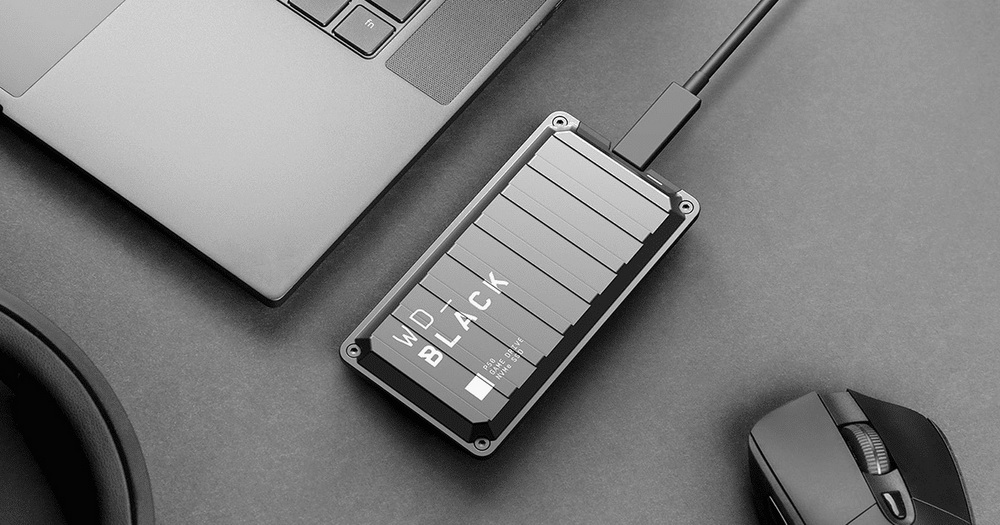 WD offered one of the first peripherals for USB 3.2 Gen 2x2. The transfer rate of 20 Gbps for most users is still only a technical parameter in the drive specifications, because motherboards with this interface are currently scarce on the market. It is a Game drive, so WD is aimed primarily at players and technology geeks.

WD launched the WD_Black P50 SSD, which was introduced earlier this year. The drives are truly threaded, inside with a warm internal NVMe SSD with a maximum transfer rate of 20 Gbps, 500 GB, 1 TB and 2 TB capacities and connection via USB-C cable will expand the capacity of (especially) the notebooks or game consoles of many a stick freak or technology geek.

But there is a catch: your computer or game console probably does not have a USB 3.2 Gen 2x2 interface, it is only a few weeks ago (on November 27, 2019 exactly) that Gigabyte introduced the first PCIe card that can offer your computer the necessary interface.

With these parameters, the WD_Black P50 ranks among the top of the line of the fastest external drives available for purchase using the USB 3.2 gen 2x2. The question remains when this new USB interface will become a common part of our computers, game consoles and mobile devices.

If you are not among those whose computer or game console already has the latest version of USB, then of course you can connect WD_Black P50 to the older version of USB. You will find the USB-C and USB-A connection cables in the package.

Do you get lost in USB interface and cable designations? And what about those baud rates?

No wonder USB markings have been slightly confused lately. Let's see how things are with them:

Some other manufacturers are also currently marketing external USB drives with USB 3.2 Gen 2x2, which in itself can only be a marketing figure, because the drive itself is far from being able to use it. This is due to the NAND memory technology used and other parameters. For the sake of clarity, here is a comparison of the transfer rates of individual interfaces.

Although SATA III has a maximum transmission rate of 6 Gbps, which means approx. up to 600 MB for both write and read, hard disk drives (HDDs) did not reach this speed. Their real-time reading and writing technologies reached speeds of up to about 150 MB for reading and 130 MB for writing.

Given the focus of this drive, it can be assumed that its owners will not need much data recovery from SSD. However, this is an interesting technological innovation, so we have included it in our blog.

If you own any data medium that is not in the best condition and your data is unavailable, please do not hesitate to contact us with any questions regarding data recovery. Data recovery from SSD, HDD, RAID, NAS, SD cards and mobile phones is our industry.